“ScienceTales: CERN” is an Augmented Reality educational package that takes elementary school kids on a fairytale-like interactive journey filled with abstract concepts such as atoms and even quantum physics, guided and inspired by the four main CERN experiments: ALICE, ATLAS, CMS and LHCb.

Not only do we present these difficult (and perhaps sometimes unfamiliar) subjects in a fun and creative way, using CERN as a case study, we can also show children the practical use of maths, physics and chemistry. We do this by explaining the goals and the utility of the CERN experiments, and by showing examples of careers in these fields to motivate them for STEM subjects. The package is meant for children around 10 years old, and it prepares them in a playful way for the deeper subject matter in high school. By starting early, we hope to make kids enthusiastic at a young age for these subjects, give them a kickstart in high school, and increase the amount of STEM specialists in the future.

Because our future is in tech! And we must start preparing for that now. 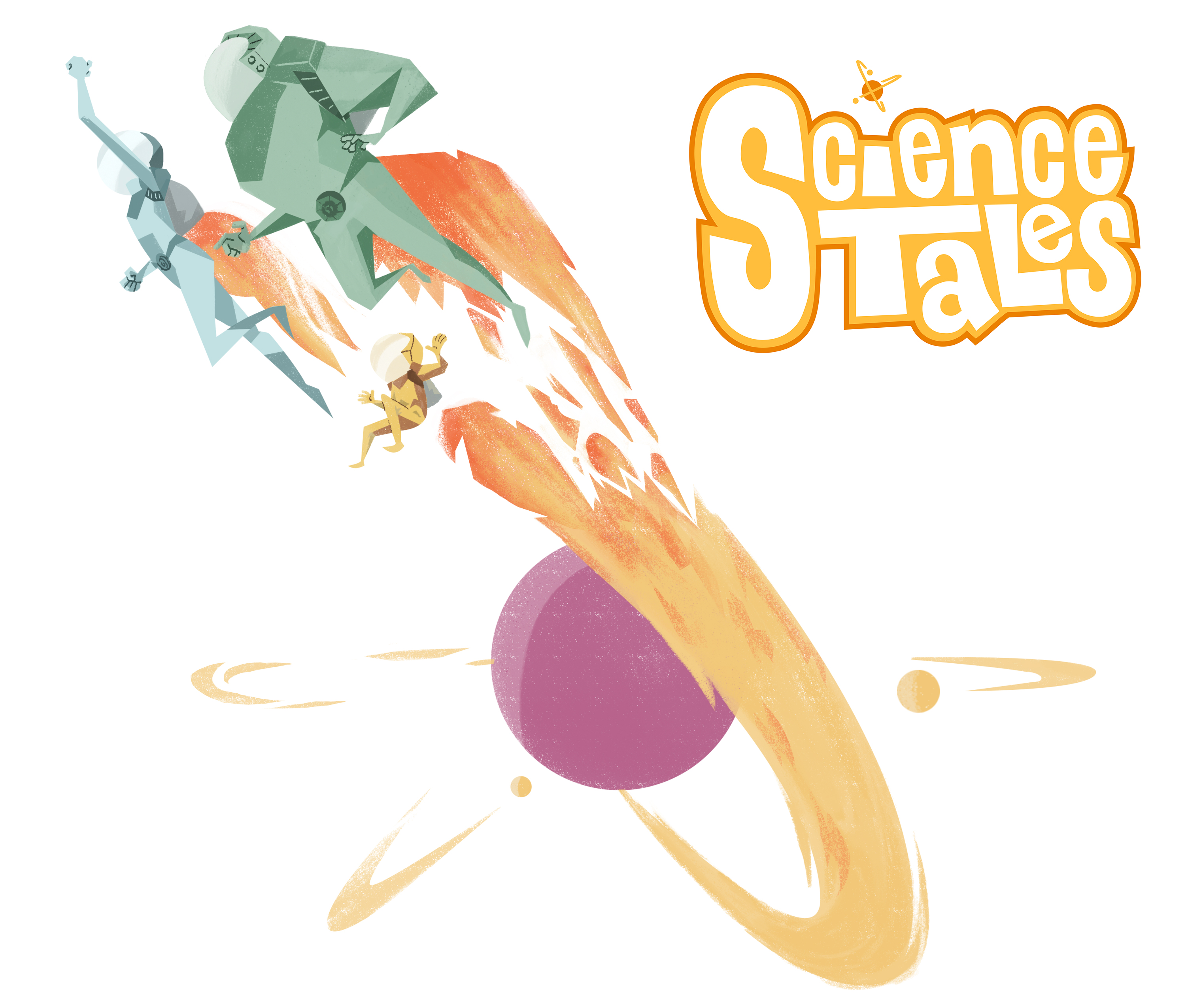 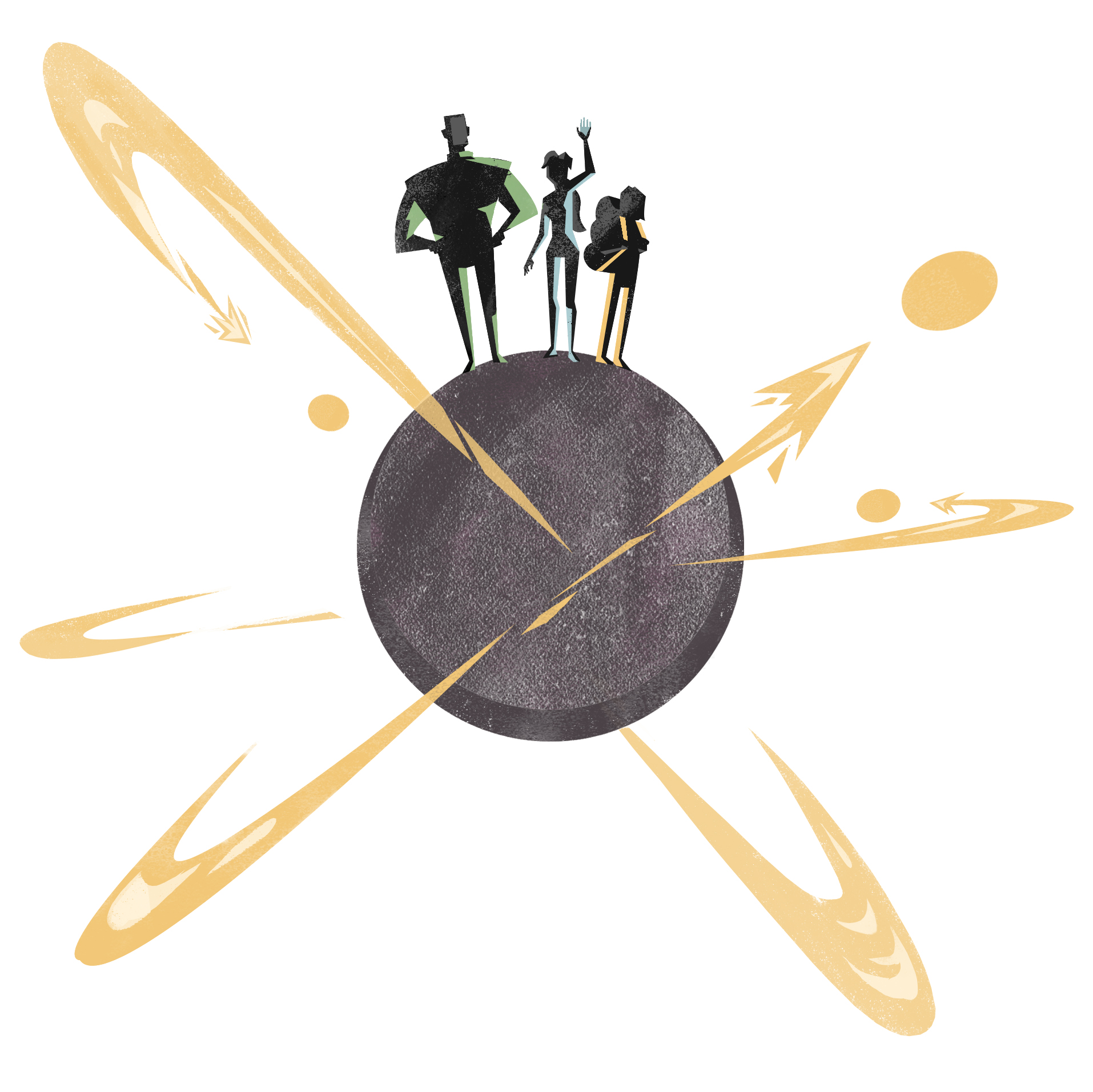 What we wish to offer

We want to offer the following: colorful, A3-sized fairy tale books which can be put down opened up the table, displaying beautiful (A2-sized) drawings. Using the accompanying app, students can scan the drawings, unfolding a fairy tale in Augmented Reality. Each book tells the story of a CERN experiment. They are accompanied by an intro and outro book that supplies the students with the prerequisite basic knowledge and additional information.

The app is interactive, and students are guided through their journey by three characters. These characters each represent one of the three CERN experiments. LHCb is represented by an AI entity. When students have gone through all the material of the book, they can play with the accompanying Augmented Reality card game, in which they can test and apply their newly acquired knowledge. With the Augmented Reality posters that are hung around the classroom, students can quickly review important information. The app can simply be updated with scientific advancements.

To make working with the package as easy as possible for the school, it is supported with an online teacher’s portal. The portal will contain presentations the teacher can use as desired, accompanied with short descriptions of the subject treated by the book. This way, the teachers have a good idea what the students will learn. On this portal, teachers can put together their ideal ScienceTales classes, and learn how the package can be used to accommodate children with learning difficulties, or children that are gifted. It will also contain fun crafts assignments and experiments. With all of this, we hope to take care of much of the preparation for classes, and cater to the teachers as much as possible. The teacher can decide which parts to use and which to skip.

Additionally, we will use this portal to inform teachers of scientific advancements, and how we’ve incorporated those into the next update of the app.

We of course do not expect to be able to explain to children the full depth of quantum physics. We want to achieve the following with the product: 1) Develop the scientific and critical thinking of children, 2) Explain important scientific concepts, 3) Teach basic knowledge of physics, maths, and chemistry. Because we will be dealing with abstract and sometimes difficult concepts, we will use existing metaphors and those of our own design.

Take, for example, Schödinger’s cat, a well-known metaphor that explains the phenomenon of quantum superposition. Suppose there is a box which is perfectly sealed from the outside world, and within it a cat and a mechanism that releases poison gas at a random time. An interpretation of quantum physics says that the cat is in both a living and a dead state. This is called a “superposition” of states. However, when the box is opened, and thus an observation is made, the superposition will collapse and the cat will be either living or dead.

Precisely because we will be using so many metaphors, we’ve chosen to take inspiration from the Alice in Wonderland story of Lewis Carroll. The malleable physical properties of wonderland are ideally suited for a story about quantum physics. The scenes where the metaphors are used may change in shape, size and materials. The characters are similarly malleable, which allows us to zoom between the scale of the universe and the scale of atoms. Through this malleability and use of metaphors, we want to give the children an intuitive understanding of difficult subject matter.

To transfer the knowledge effectively, a good course structure is required. We will work with an introduction book that first teaches students the basics, before they dive into the books of the experiments, followed by a final book that summarizes all the information. We were initially planning to use “blended learning” techniques, but after preliminary research it became apparent that this is still too controversial in pedagogics. Instead, we are researching proven successful techniques of gamification, educational gaming, and didactics. We will write our complete course plan in cooperation with scientists, pedagogues and primary school teachers. However, in this pre-production phase, we will focus primarily on the research needed to support the course plan and write the broad outlines. More information about the pre-production phase, the following phase, and our partners, can be found in a later section of this document.

We want to create a quality product, but we are also an idealistic start-up. We want to put our personal ideals into our creation. We take pride in the inclusivity of our educational package and we strive to make it accessible for every single child. We focus on representation and communication.

We realise that our characters can be interpret as role models for children. That is exactly why we find it important that they are diverse and inclusive. This way every single child – no matter gender (orientation), ethnicity or ability – will recognize themselves in the characters we create. Everybody can be a scientist and we want the children to realise this.

We do get that this is a sensitive matter and we want to be sure our earnest effort will come across as sincere. This is a representation challenge that we can’t just take lightly. That is why we need a lot of academic research, feedback from diversity panels, evaluation from the communities we want to represent and quality analyses with the children. Even after all of this we realise that not everyone can be satisfied, because the opinions about this subject are as diverse as the world we want to represent. We want to try to get as close to a fully inclusive representative design as possible. Our choices in this matter will be backed by academic research which we will openly share. We advocate open debate and we are open to any feedback possible of any corner of the world. We are also open for people who would like to think with us about future characters. At this given moment we have three characters, but that is of course not enough to represent the whole population. Our ambition is to get a ScienceTales sequel which will contribute to our complete set of diverse and inclusive character design.

Every student has its own needs when it comes to studying. Research shows that our education system suffers from a lack of providing for those needs. The Dutch Jeugdinstituut even states that it is one of the biggest problems in education for children to the age of thirteen. It is not a problem that is fixed easily. We will strive to support the teachers as much as we can and be as close to a fully covering solution as possible. The interactive nature of our app gives us the opportunity to offer different kinds of interaction, depending on the unique needs of each and every child. One character can be used to explain concepts through straightforward facts, the other will do so by the use of educational minigames and the next will tell a compelling story.

We will focus on children with autism, dyslexia, giftedness and on children who are non-native speakers. The unique needs are enormous even in this small group and there are even more needs that we didn’t even mention. That is why we realise we can’t account for every need. The amount is just too high and the research for answers too specific. Even so, we will try to provide for as many children as possible. We will focus on children who have the above mentioned needs, but who still manage to follow regular education. Again, academic and quality research is necessary and the prototypes and beta version will be tested and analysed. Our ambition is to make the application available for even those who are outside the presented skill and we are definitely open to broaden our (research)field in case of success with new and more inclusive ideas and specific application directed to specific needs.

This is how we want to make ScienceTales as inclusive as possible. The first preliminary researches have started but we are in need of much, much more academic answers. This research will be discussed within our partnerships.

We are still working on this page but couldn’t keep ourselves from publishing the first information already. We hope you are falling in love with this project as much as we already are and don’t mind the current layout and lack of information. But don’t worry, this page will be updated soon! In the meantime, please feel free to contact us for any additional information: contact@reddlock.com

Note: This concept (IP) and the preliminary design is owned by ReddLock 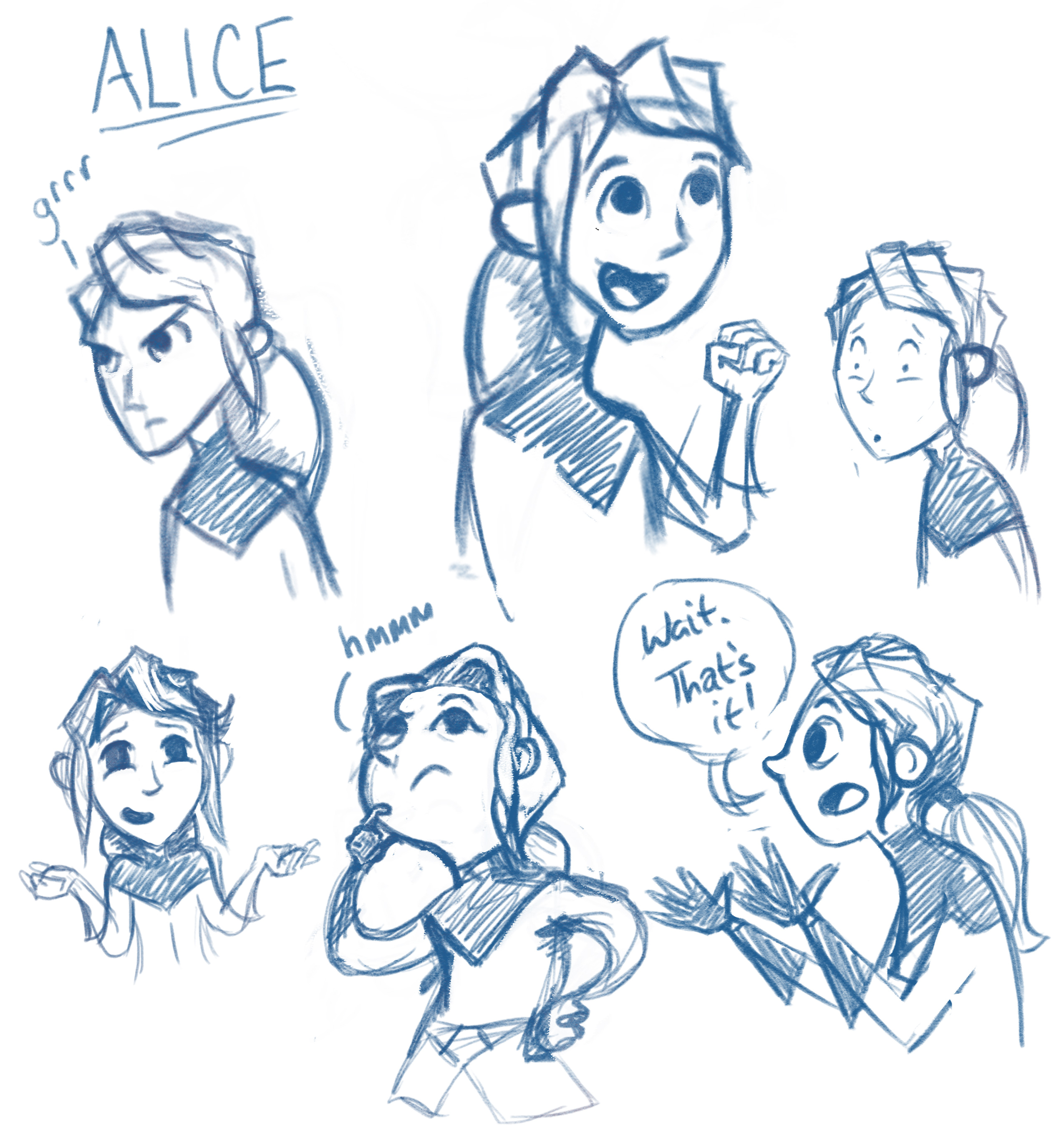